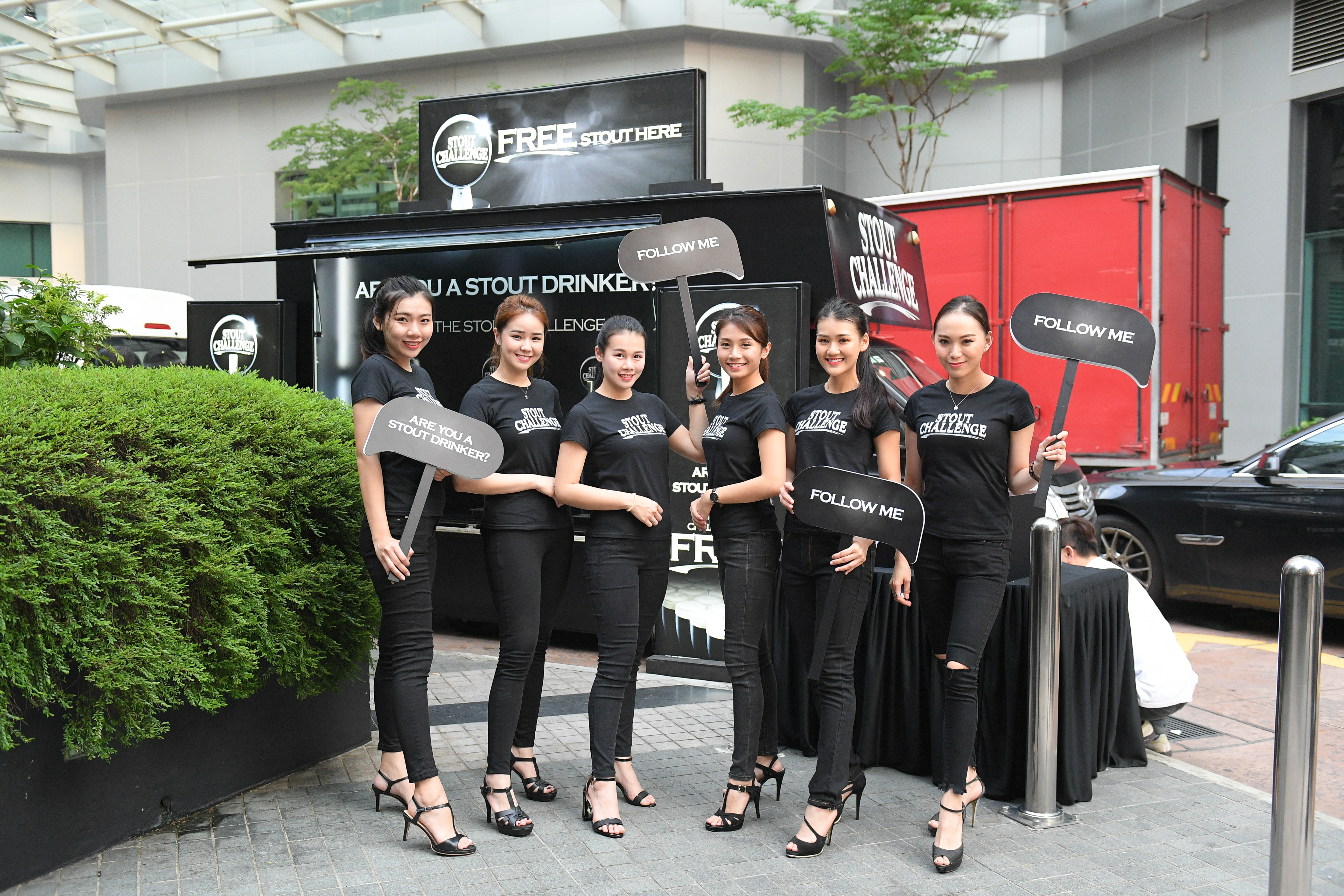 We often don’t always get the experience we expect. Even for a glass of beer. But hold on, this is an exception… Connor’s Stout Porter, a premium draught stout by Carlsberg Malaysia, re-activated this year Connor’s Challenge throughout March to give the customers experience that’s “Just Made Right.” Curious how was that like?

Promising guaranteed satisfaction or your money back, Connor’s held the campaign to the road at hot party spots in Kuala Lumpur, Ipoh, Malacca, Penang and Johor, bringing an unbranded truck travelled to the outlets and let consumers rate the taste of a perfect creamy foam Connor’s premium draught stout in an unmarked cup they had to drink. 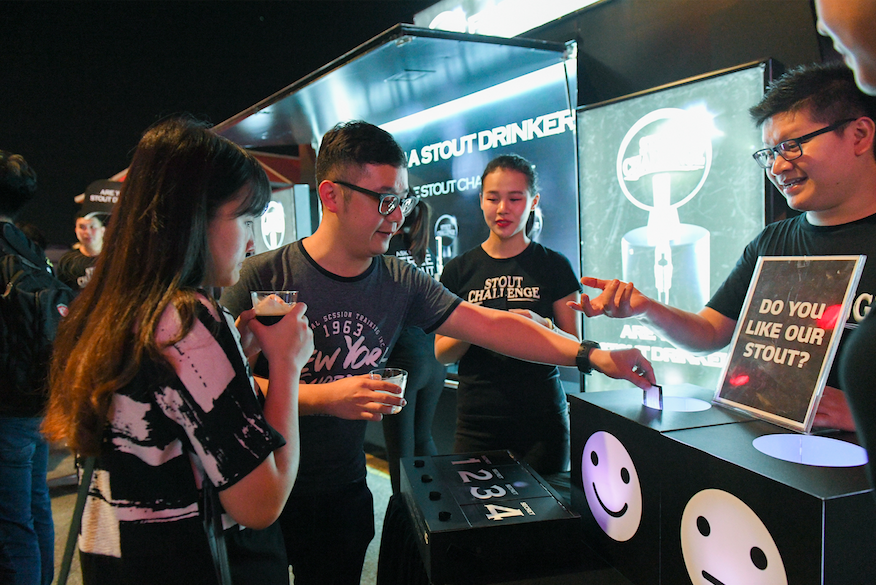 Consumers began to casted their vote in a blind-taste challenge

We’ll tell you the result of a blind-taste and we bet you’ll crave for at least one pint soon. So, over 93 per cent of consumers said that Connor’s Stout Porter in the cup boasts a unique flavor that “Just Made Right”, proven that it has successfully delivered its brand promise of consumers satisfaction.

What’s more, the satisfied consumers were given a Connor’s voucher to redeem a full pint from participating outlets. 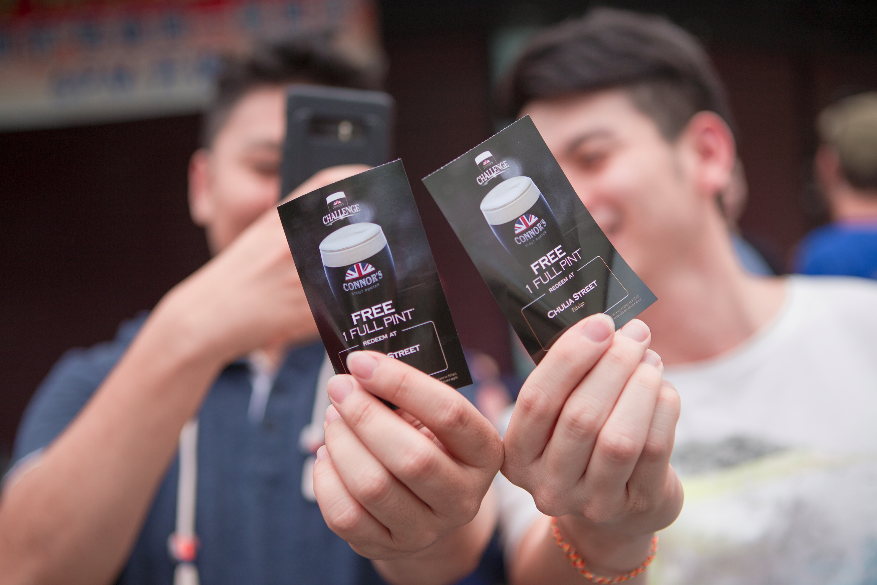 The voucher given to Connor’s satisfied consumers!

The participants were also given an insight on its brew – in which it’s infused with a gentle caramel note and brewed to deliver a crisp texture that balances the bitterness and robustness. Consists of natural ingredients with a combination of roasted barley, brown malt, caramel malt and lager malt, and topped with a creamy head, Connor’s Stout Porter designed to give a satisfaction guaranteed drinking experience. 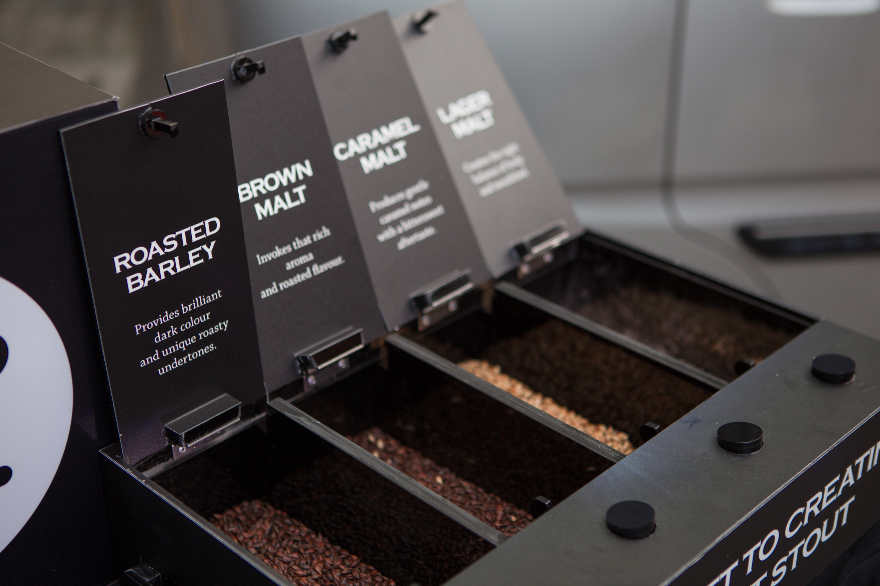 With a balanced taste and flavorful aroma, not only satisfying and light drinking, this brew that just made right for everyday drinker will take you straight to stout heaven.

Boozeat carries plenty of flavorful beers on hand where you can check it right here! Here’s to a long life and a merry one; a quick death and an easy one; a pretty girl and an honest one; a cold beer and another one! Choose one beer now. 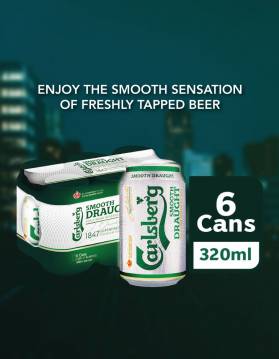