15 Unbelievable Facts You Didn’t Know Yet About Booze 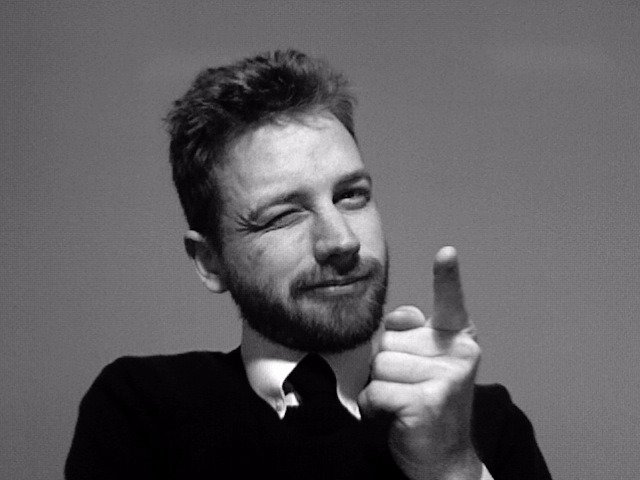 Oh, we know that you drink but think you know everything about alcohol? Don’t be too sure.

15 – Discovery of late Stone Age jugs suggest that intentionally fermented beverages existed at least as nearly as the Neolithic period, in Jiahu village in the Henan province of Northern China. Proceedings of the National Academy of Sciences analysis showed that it was firstly made of grapes, hawthorn berries, honey and rice in 700-6650 BC. This is also a time when barley beer and grape wine were beginning to be produced in the Middle East.

14 – Winston Churchill’s mother was the one who invented Mahattan cocktail. It is made with whiskey, sweet vermouth, and bitters. People commonly used whiskeys include rye, Canadian whisky, bourbon, blended whiskey or Tennessee whiskey. 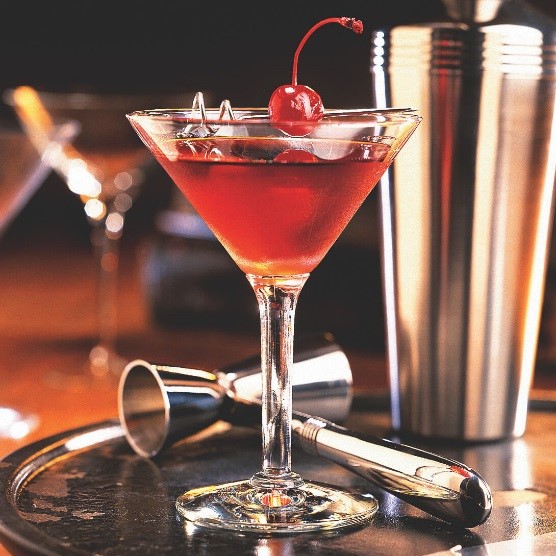 13 – We’ve all been there. It’s the morning after a big night out and you’re battling to remember anything you did or said. What’s happening? When you get blackout drunk, your brain temporarily loses the ability to create memories. Alcohol doesn’t make you forget anything, it’s just a disruption of the brain hippocampus which is housed in the centre of the brain.

12 – How about hangover cures? So-called hangover cures have been there as far as alcohol itself. While the Romans believed that eating a fried canary would help, the ancient Greeks believed in the power of cabbage. We believe you’re also still trying to find the perfect cure for a hangover. Another examples, French people often put salt into a strong cup of coffee, and in Puerto Rico they lift their drinking arm and rub half a lemon under it. Which one do you think could fix the symptomps of a hangover?

11 – Each Russian consumes 18 litres of alcohol per year, doubling what experts consider dangerous. Alcohol consumption in Russia stays among the highest in the world, as what WHO reported in 2011. Surprisingly, it has been a major source of government revenue for centuries. All hail Russians.

10 – People with blue eyes tend to have higher alcohol tolerance. American Journal of Medical Genetics found a correlation between American and European people with light-coloured eyes – blue, green, grey and light brown, and found that blue eyes have the highest levels of alcoholism among all. Surprised enough? 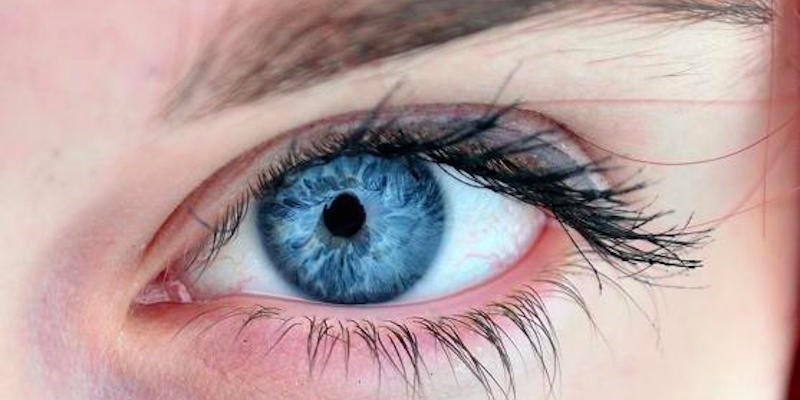 9 – The most beer-drinking country in the world is the Czech Republic. Leaving behind Germany, Ireland, Belgium and other beer nations, the country drinks on average about 161 liters of beer per person each year according to The Economist. Beer is even cheaper than bottled water there. Ever think “Can I just live there?” 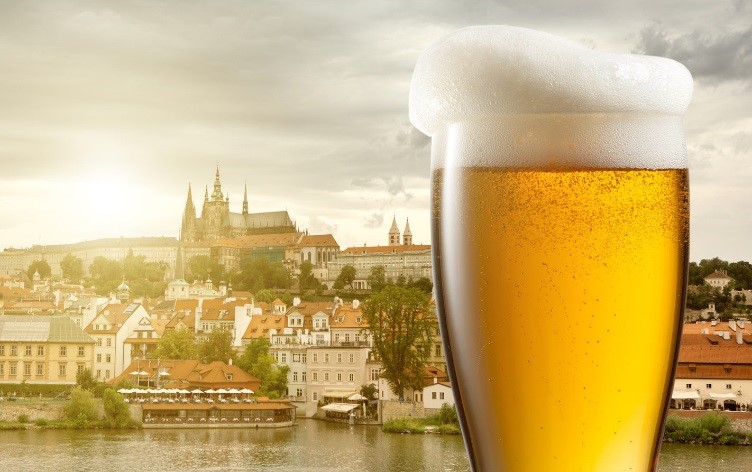 8 – You think that 10% double IPA is strong? You have no idea about this. A Scottish killer, contains stomach-burning 67,5% ABV is the world’s strongest beer, Brewmeister Snake Venom. It’s made with smoked peat malt and both Champagne yeast and ale yeast. Well, not sure it’s technically a beer or not.

7 – In Europe, where the legal drinking age is 16, many high school cafetarias serve alcohol, particularly beer or wine, to students who choose to drink. They believe that it’s not about how much you drink, it’s how you drink – drinking slowly, drinking with food, drinking in public.

6 – Alcohol consumed with food is absorbed more slowly, because it spends a longer time in the stomach. It also helps to avoid negative effects and ease some symptomps of hangover, though it won’t cure a hangover at once.

5 – Men can drink more than women without getting drunk. Believe it or not, it’s because men tend to weigh more and it makes alcohol is less concentrated in the bloodstream. Men’s bodies also contain more water, pound for pound. But who knows, your alcohol tolerance might be higher than your boyfriend. Curious enough? Drink. 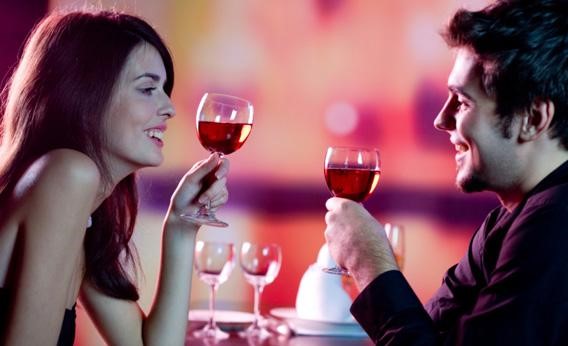 4 – South Korea is the booziest place in the world, not Ireland, Russia, the Great Britain or any other drink nations. In 2011, World Health Organization study shows that South Korean drinks more hard spirits than anywhere else and Jinro soju is the best-selling spirit on the planet. Not only to mention that soju is reasonably cheap, but the taste also strong.

3 – While her mother inventor of Manhattan coktail, Winston Churchill is the world’s heaviest drinker. Over the next few decades, his name was linked with two things: drink and war. Even as Prime Minister, Churchill refused to moderate his drinking habits. He would always had a glass of whiskey at hand, and drank brandy and champagne both at lunchtime and dinner. Can you beat him? Don’t even think.

2 – Though uncommon in the US, fast-food chains like McDonald’s in European countries serves alcohol since 1970s. Some parents like to drink while kids eat fries and chicken. The first McDonald’s in Munich, Germany, opened in 1971 was the first one that sell beer. 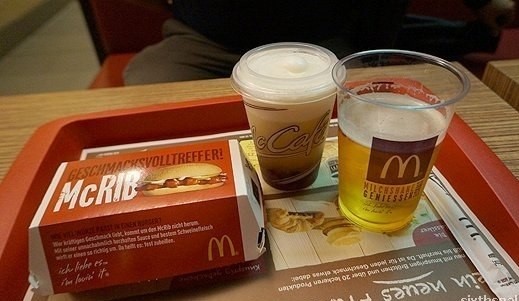 1 – Aliens are familiar with alcohol too. Astronomers discovered that there are giant clouds of alcohol floating in a constellation far, far away. It’s a space booze. The cloud is 100 times larger than the diameter of our solar system and it contains quite a lot of ethanol to fill 400 trillion pints of beer. Wow, can we just get that? Sadly no, the cloud is 58 quadrillion miles away. 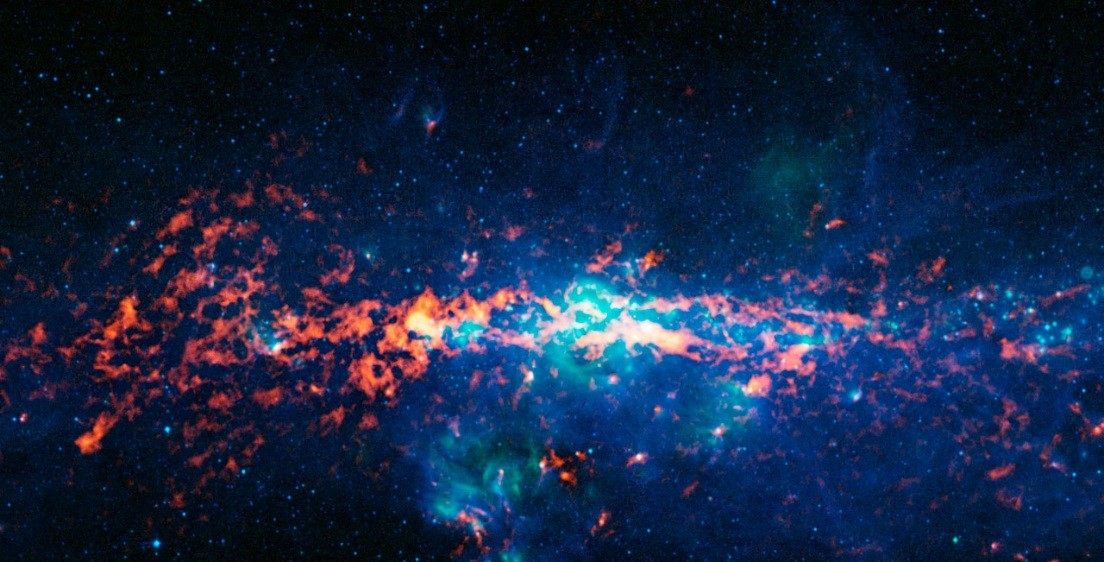 Surprising enough? Which booze are you prefer for now? You’ll know better about your choice of booze by having it in your hand. Choose yours what you like at Boozeat and let us know.